'Trysts with Karma’, the autobiography of Prof Khosla released

‘Trysts with Karma’ – an autobiography of Shoolini University Founder and Chancellor Prof PK Khosla — was released by Ambassador Vishnu Prakash, former Indian envoy to Canada and South Korea, during a virtual function this morning.

‘Trysts with Karma’ – an autobiography of Shoolini University Founder and Chancellor Prof PK Khosla — was released by Ambassador Vishnu Prakash, former Indian envoy to Canada and South Korea, during a virtual function this morning.

The 300-page autobiography details the life and experiences of Prof Khosla with all its ups and downs. The book begins with his memories of the Partition and closes with life during the Covid pandemic.

Releasing the book, Ambassador Vishnu Prakash said it contains life-time experiences and provides insights into the thought process of Prof Khosla. He said the author has been very frank and has not hidden even extremely adverse circumstances which he had faced. The autobiography provides a gripping account and is a must read, he said. 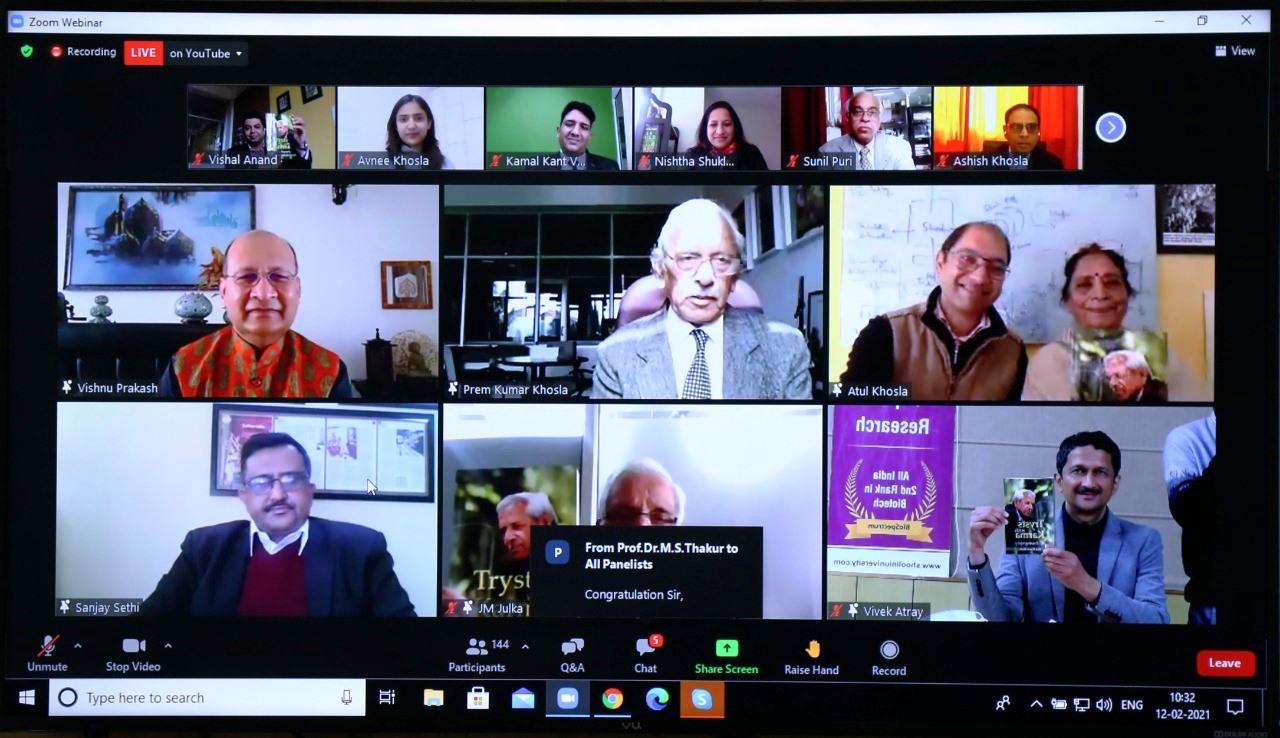 Speaking at the function, Prof Khosla said the “script of our life is drafted in heaven and is based on our Karma”. He said, “we come here to play the designated role scripted on the basis of past Karma. Nothing happens merely as a coincidence and whatever happens is the sum of our actions in pre and post-natal lives”.

He said his life has been influenced by Paramahansa Yogananda and his teachings had prompted him to follow the science of Kriya Yoga. He said Kriya Yoga was a psycho-physiological method through which human blood was decarbonized and recharged with oxygen. “This technique is energizing me even at the age nearing 82 and keeping me actively calm and calmly active. So, I decided to dedicate this book to the science of Kriya Yoga,” he said.

Former IAS officer and motivational speaker Mr Vivek Atray introduced Ambassador Vishnu Prakash and related anecdotes from his interactions with Prof Khosla. He said the autobiography would be read with keen interest by all those who have come in contact with Prof Khosla and should be read by others to learn from his experiences.