Ranking system in focus at webinar hosted by Shoolini, AIU

Over 90 vice chancellors and eminent academics from across the country attended a webinar on, ‘World University Rankings in Indian Context’, on Tuesday. Shoolini University, in collaboration with the Association of Indian Universities (AIU), Delhi, conducted the virtual event.

The focus of the webinar was to develop a familiarisation with the ranking system and how rankings played an important role in the upgradation of academic culture.

The webinar started with the welcome address by Dr Amarendra Pani, Joint Director and Head, Research, Association of Indian Universities, who also introduced the panelists of the session to the participants. 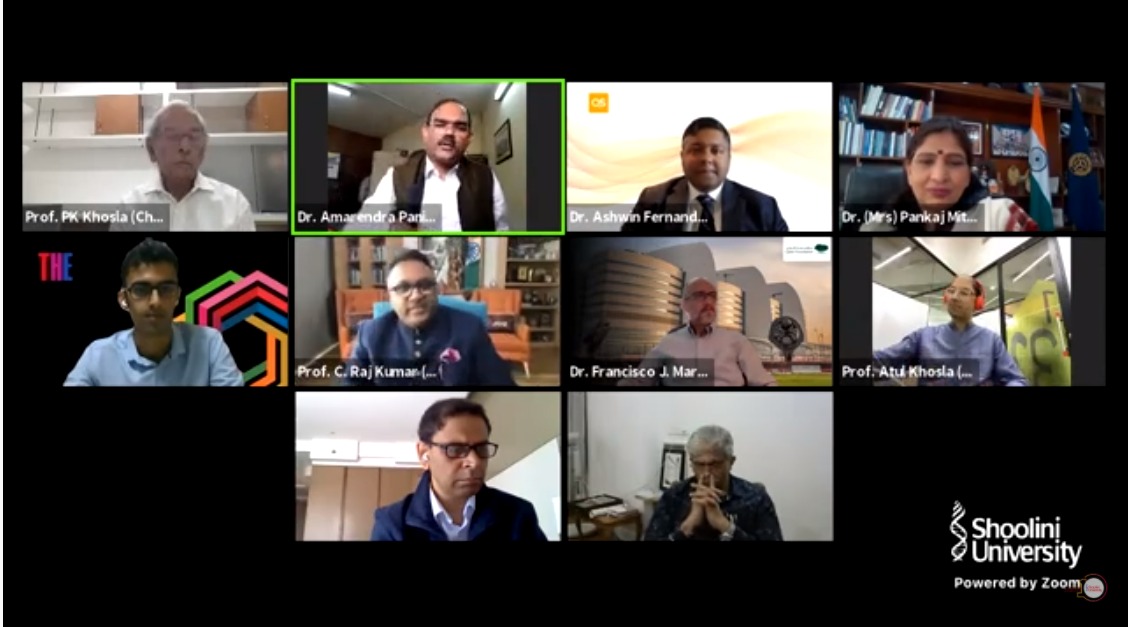 Rankings were an important part of the higher education system, the panelists opined, adding that Indian institutions needed to accept this and work towards improving research, research funding and collaborations, if they wanted to be in the global arena of higher education.

It was felt that the Young and New Age Universities in India had the potential to be among the world’s best universities in comparison to some of the very old and traditional universities. India needed to be at the centre-stage of education, just as it was during the Takshshila and Nalanda times, the panelists chorused.