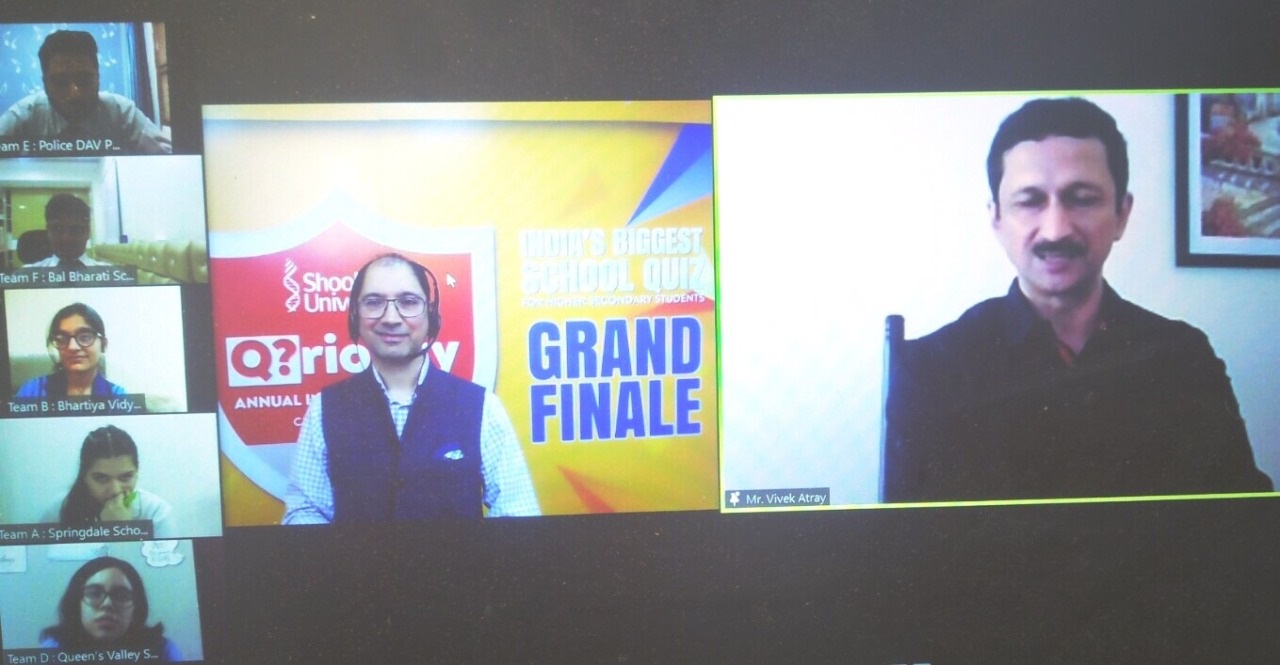 Conceptualised by ‘Ideas That Matter’, the longest virtual quiz was organised by the Faculty of Management Sciences and Liberal Arts (FMSLA). More than 200 schools across the country participated in the competition that began on October 10. Out of 200 teams, six teams qualified for the Grand Finale and battled for the top slot.

FMSLA has been hosting the BizQuiz for almost a decade now. Renamed Q?riosity, the quiz was organised in the virtual space on account of the pandemic. There were four rounds spanning 20 days and more than 3,000 questions were fielded. In Round One, 200 schools participated, out of which 60 schools qualified for the quarter-final round and 21 schools got into the semi-final. Then on, it was a battle between the top six schools.

Shoolini University Trustee and Vice President Ms Avnee Khosla, the overall in charge of the Quiz, said the show was a “huge success and we were able to reach students from across the nation with the help of our outreach team”. She congratulated all faculty members and students who worked hard to organise such a big event successfully.

The outreach team was headed by Ms Shikha Sood. The quiz was coordinated by Dr Nitin Gupta and his team.