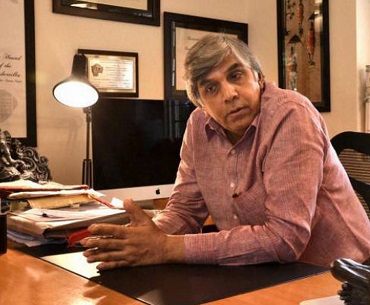 Former Delhi University Vice Chancellor Dr. Dinesh Singh would be joining Himachal Pradesh based Shoolini University as a Distinguished Professor and Director of the Innovation Centre.

Dr. Dinesh Singh, a recipient of Padmashri, is a world acclaimed mathematician and educationist. He is a distinguished fellow at the Imperial College, London and has been an adjunct professor of mathematics at the University of Houston.

Winner of several awards and distinctions, Dr Dinesh Singh was instrumental in setting up a Cluster Innovation Center at Delhi University.

Welcoming the acceptance of the offer by Dr Dinesh Singh, Shoolini University Vice Chancellor Prof P K Khosla said the University was honoured to be associated with such a distinguished educationist. He said Dr. Singh’s experience and knowledge would be of immense benefit to students and researchers.

Dr. Singh, in his acceptance letter, said he was delighted to be associated with Shoolini University which has already carved a name for itself and was rubbing shoulders with global universities in various parameters of research and innovation.

Dr. Dinesh is scheduled to retire from Delhi University on June 2 and shall join Shoolini University from the very next day, according to Pro Vice Chancellor Prof Atul Khosla.

Besides being a distinguished academic leader, Dr. Dinesh Singh is an innovator, thinker and policy maker.

He has been awarded honorary doctorates from several countries for his work as an educationist and mathematician. He has also served on the Board of Trustees Association of Commonwealth Universities, London, and has been a member of the Steering Committee of Planning Commission, Government of India.