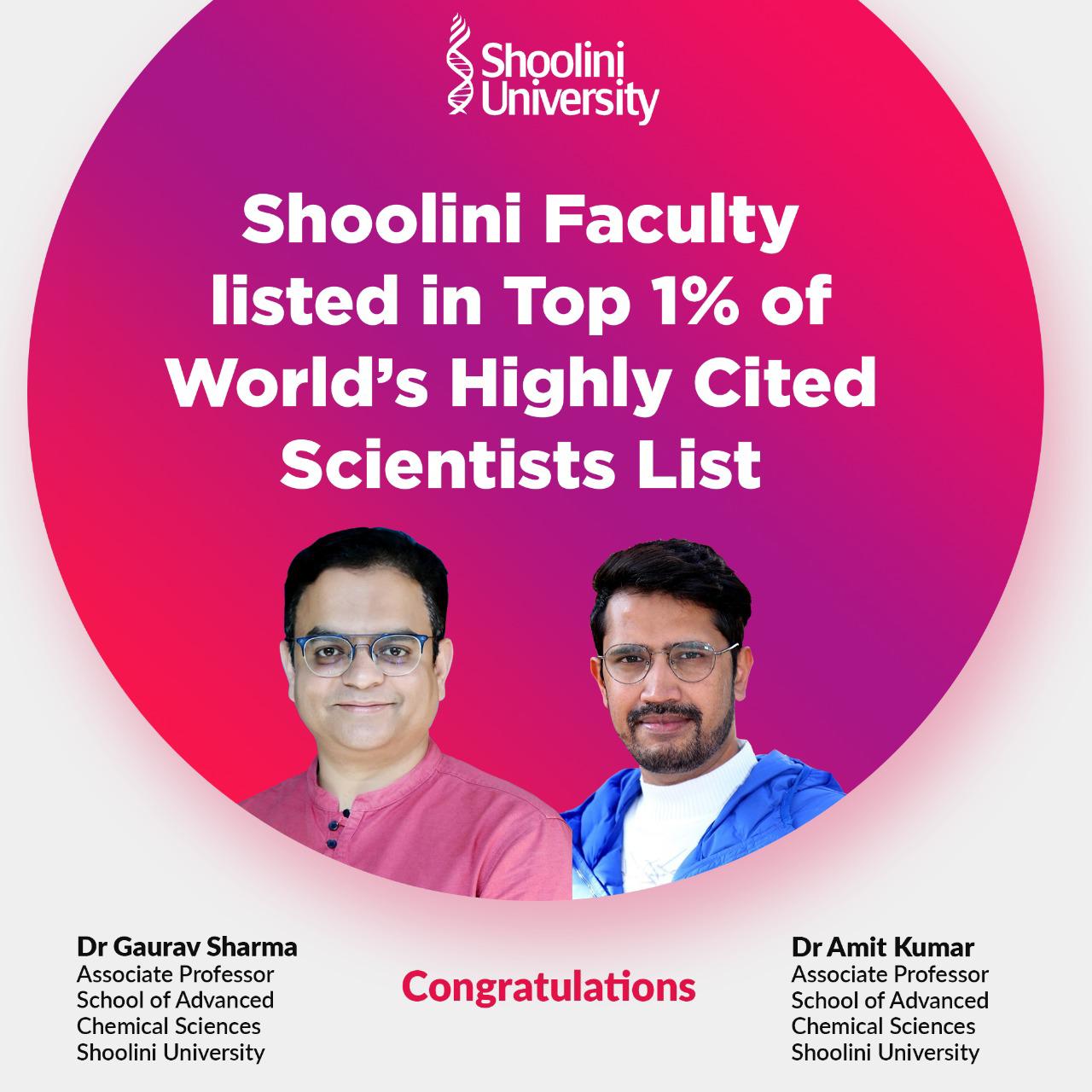 Dr Gaurav Sharma and Dr Amit Kumar of Shoolini University, Solan, are among the top 1% of the world’s highly cited researchers for the year 2021.

The list of Highly Cited Researchers from the Web of Science Group identifies scientists and social scientists who have demonstrated significant broad influence, reflected through their publication of multiple papers and have been frequently cited by their peers during the last decade.

Researchers are selected for their exceptional influence and performance in one or more of 21 fields or across several fields. The number of researchers selected in each field is based on the square root of the population of authors listed in the field’s highly cited papers. The number of those with cross-field influence is determined by finding those who have influence equivalent to those identified in the 21 fields.

Said, “It is a proud moment for the university, which has been laying special emphasis on innovation and research.”

Vice Chancellor Prof Atul Khosla, while congratulating the two scientists for “this incredible and exceptional performance”, said not just Shoolini University, they had made the entire country proud. He said he expected two more scientists from the university to join their ranks next year.